Every Action Has An Equal And Opposite Reaction 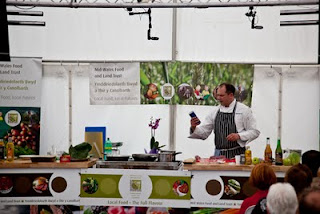 The old laws of science still apply - for every action, there is an equal and opposite reaction.

I was thinking about this the other day when a student commented that she wanted to get to the stage in her writing career where she could switch on her computer one morning and find an email from an editor offering her a commission.

I too like days like that! They do happen - but as Newton's law says, in order to get that reaction, first you need to undertake some action yourself. In order for an editor to email you with a commission, you need to tell the editor that you exist and offer him, or her, an idea that they can't resist.

It may seem obvious to some people, but as with so much in life, if you want something to happen, it is down to you to do make it happen. That is so true of writers. If you want to have a novel published, you have to write one first. If you want an editor to commission you, you have to pitch them first.

There is a saying in the world of fiction that Drama never comes knocking on your character's door - your character has to knock on Drama's door. In other words - your character needs to take some kind of action, that will generate the drama to unfold.

Next time you want something to happen in your writing life, think first about what sort of action you need to take to make it happen. Then do it!