Are You Running In The Same Direction? 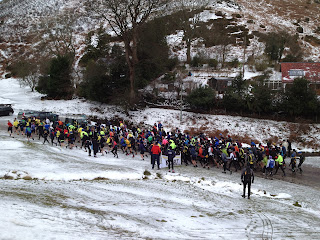 Are you running in the same direction as everyone else? By that, I mean are you treading the same path of ideas that other writers are walking in?

It's not yet February 14th, and already I've been overwhelmed with Valentine's Day stories and articles. Don't get me wrong; it can be good to give your ideas a topical hook, but sometimes by avoiding following other writers and going down a less obvious path you can make your writing more interesting.

This February 14th, millions of people will go out for a romantic meal (hopefully, with their loved ones!). I'm sure there will be some who do it purely because that's what everyone else is doing. Therefore, they think that what's they ought to be doing.

It can be like that with writing sometimes. If you're targeting the February issue of a magazine, for example, (which you may have been doing back in August) the temptation to give it a Valentine's angle or theme, or even simply a love theme, may have been strong. And that's what many other writers will be doing - and indeed - many magazine editors will be looking for something about Valentine's Day for their February issue. However, they may not want EVERYTHING in their publication to be Valentine's Day themed. As a reader, I would find it pretty monotonous after a while.

So, instead of following the pack, consider veering off at a tangent. Why not give your article / story a Shrove Tuesday angle? Or what about the following day? Ash Wednesday. Focusing on the theme of repentance, or abstinence, still gives your piece a February angle, but it's a little more different to the romantic one.

There are other ways in which you can break away from the writing pack. For many people, publication is what they seek from their writing. To do this though, it is necessary to follow the pack and write the sort of material that publishers want to publish. However, don't forget about the writing that you enjoy. Break away from the pack, from time to time, and indulge in a little writing of your own.