How Much Time Do You Spend On One Idea? 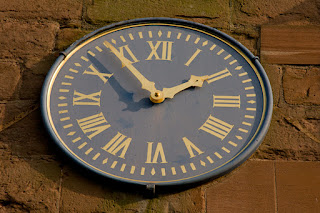 How much time do you spend working on, or developing, an idea? This isn't an easy question to answer, because there are many different variables, but do you ever give up on an idea?

The reason I mention this today is because last week I finally managed to put together an idea I began working on last October, for a magazine article ... so that's basically three months of working on the idea to get it to a stage where I can now pitch it to the editor of my target market.

Now, obviously, I have been doing other work too, I haven't been working solely on this idea for three months, but it made me realise that some ideas take a little more effort to get them off the ground. How far do you go when developing an idea? Do you ever give up?

For this particular idea to work well, I knew I needed to get some quotes, as well as undertake some background research. This is one of those ideas where the quality of the quotes can determine its success. I didn't want to pitch my idea until I was sure that I could deliver a piece with great quotes.

For new writers, this can feel like a 'chicken and egg' scenario. It may seem difficult to get quotes if you don't have a commission. If you ask someone if you can interview them, many new writers expect the potential interviewee to immediately reply with, "Which publication are you writing for?" And yes, some do. However, I've always explained that as a freelance, I have several markets I'm considering, and most interviewees accept this. They don't know how the magazine world works.

I began researching the topic at the beginning of November, which gave me a few places to begin targeting for quotes. I sent off some emails enquiring if people would be willing to be interviewed. I didn't get one response! After a bit more research, I identified a couple more potential interviewees. I phoned a couple. One was never at their desk, two promised to answer some questions by email, of which one did, but their quotes were not as useful as I'd hoped, and the second didn't even respond, despite me chasing them.

After about six weeks of not getting very far, I sat down and considered what my other options were, and I came up with a few alternative ways of trying to find people who might be able to help me. I rang a couple and emailed a couple of others, and struck gold when one woman said she'd be delighted to help me.

The answers she gave to my questions were great and raised a few points on the subject that I hadn't considered. This meant a bit more research was required, and some more quotes were needed. Christmas and New Year came and went (this is a nightmare time for getting quotes because everyone is too busy panicking about Christmas - or not at their desks for two weeks - and then they need another two weeks to catch up, because they were off for two weeks!).

Eventually, with some occasional chasing, but not nagging, these people came back to me with answers and quotes that have enabled me to develop the idea into a pitch-able piece. The quotes have helped in other ways too. I now know what the best structure is for this idea, and I can tell the editor that I've obtained quotes from great sources for this piece, and I can use the names of my interviewees to help me sell the idea to the editor.

There's still a long way to go - I've still to submit my pitch (one of many things I'll be doing this week) and then I need to await the editor's decision. But I feel the time spent on this idea was worth it, because now I can see a useful angle for twisting the idea to fit an American market too, as well as my intended British market.

So, if things don't go to plan straight away with your ideas, keep working on them. You may just come across a snippet of information, or find someone willing to help you, that will make the effort worthwhile. Some ideas are a little more hard work than others. But, hopefully, they're worth it.